Located on the banks of the Yamaska ​​River in the former industrial district occupied by the Esmond Mill and the Miner Rubber Company factories, La Chauferie was built in the late 1800s to supply heat to Imperial Tobacco.

The Tobacco Empire, founded in 1864 in Halifax by John Archibald, settled in Montreal in 1887. Eight years later, a fire destroyed all its facilities. Stephan Miner, then Mayor of Granby, convinced Mr. Archibald to rebuild his new plant in Granby. 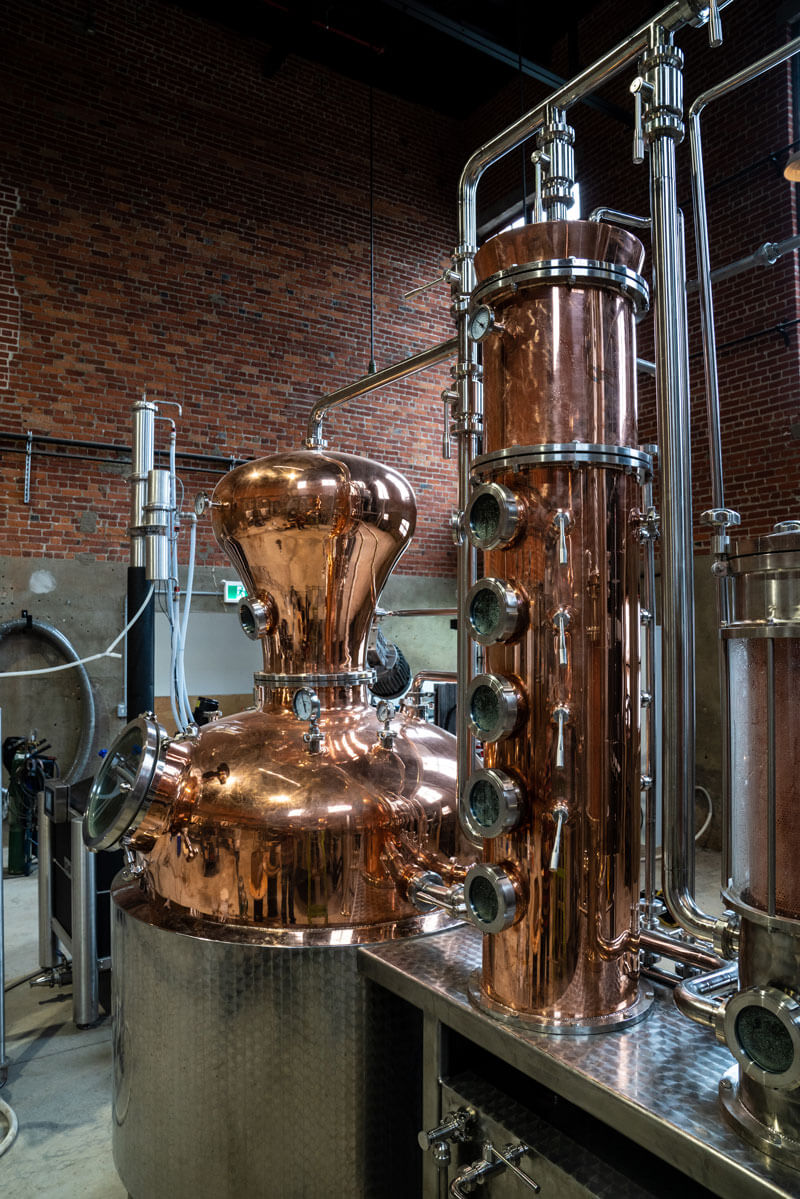 The Imperial Tobacco originally consisted of four red brick buildings built between 1895 and 1915 on either side of Cowie Street. To date, only three buildings remain, including La Chaufferie.

Its historical origins, combined with its former vocation as a boiler room, convinced us that it was here that our distillery had to be installed. And, no doubt inspired by the special atmosphere of the walls of this old building, we had the impression that our stills returned home after a long rest, to warm the hearts.

Discover our Products
Check out our Cocktails 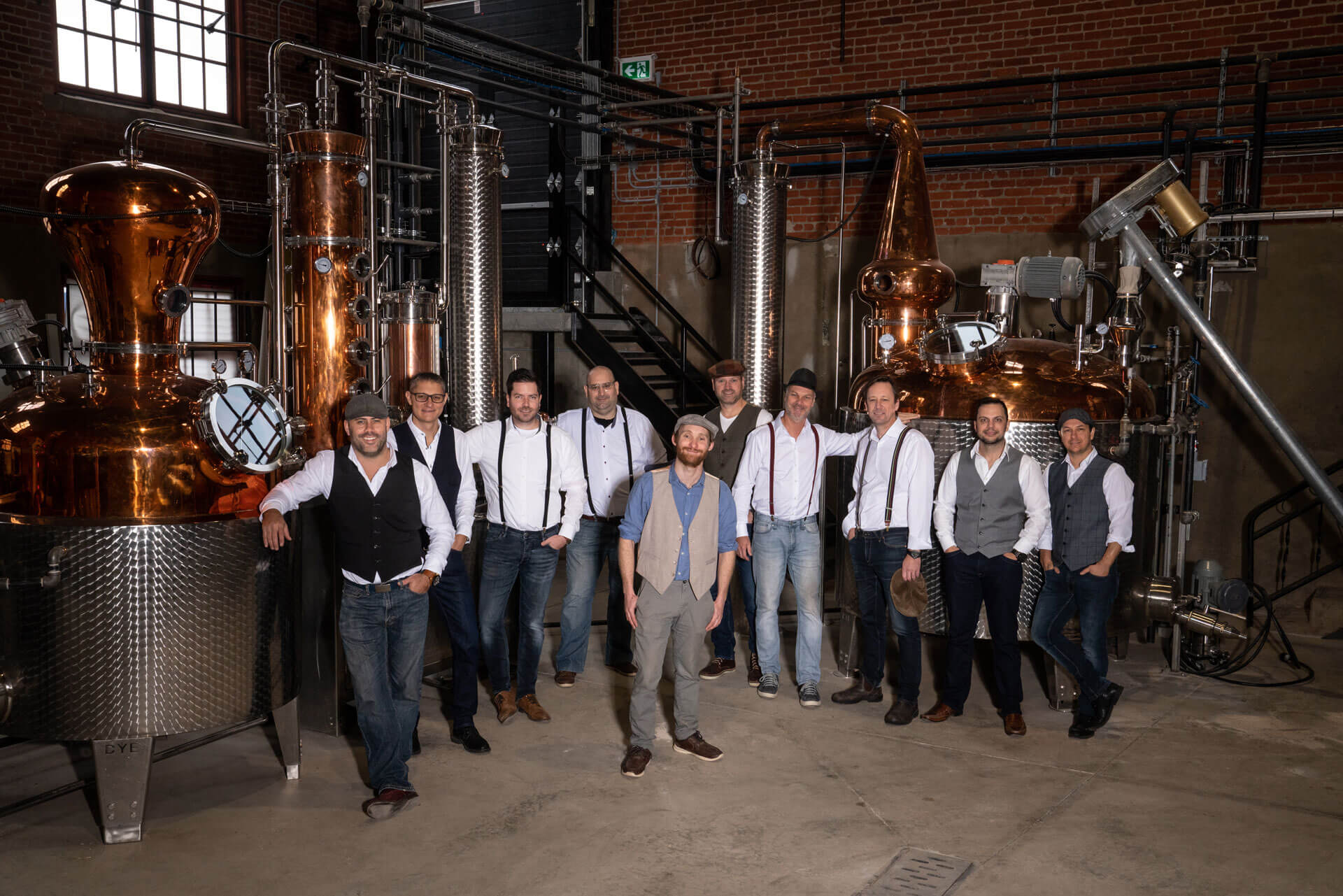 The roots: the real story behind La Chaufferie

It was not long before the distillery established itself in Bryan’s old barn, who had long cherished the idea to create an authentic gin in the pure English tradition.

But his friend Jean Nicolas (also a psychologist) pointed out that the place was far from ideal, and for different reasons. At first, he had to save his marriage. It was obvious that all the animation generated by a distillery in the family haven certainly displeased his wife, who had already suffered a great deal from the hordes of friends who were breaking in the spring to come and lend a helping hand to the sugar shack.

The project pleased Jean Nicolas, who, by one of these chances, had just met Vincent Van Horn, a distiller barely landing off a boat from the Cayman Islands, where he distilled, it seemed, the best rum of the islands.

Twenty-four hours later, the three men were dining at the Archibald restaurant, which is located in one of the old buildings of Imperial Tobacco. No doubt inspired by the atmosphere, Jean Nicolas proposed the old building of La Chaufferie to house their distillery. Through the window, they could see the building that was in disrepair, forgotten for almost half a century, waiting for a new vocation.

The rumor of a gin distillery has spread like wildfire. Given the scale of the project, it became clear that they needed associates to take the business to the doorstep. And, as long as you get partners, as well as friends who like spirits! 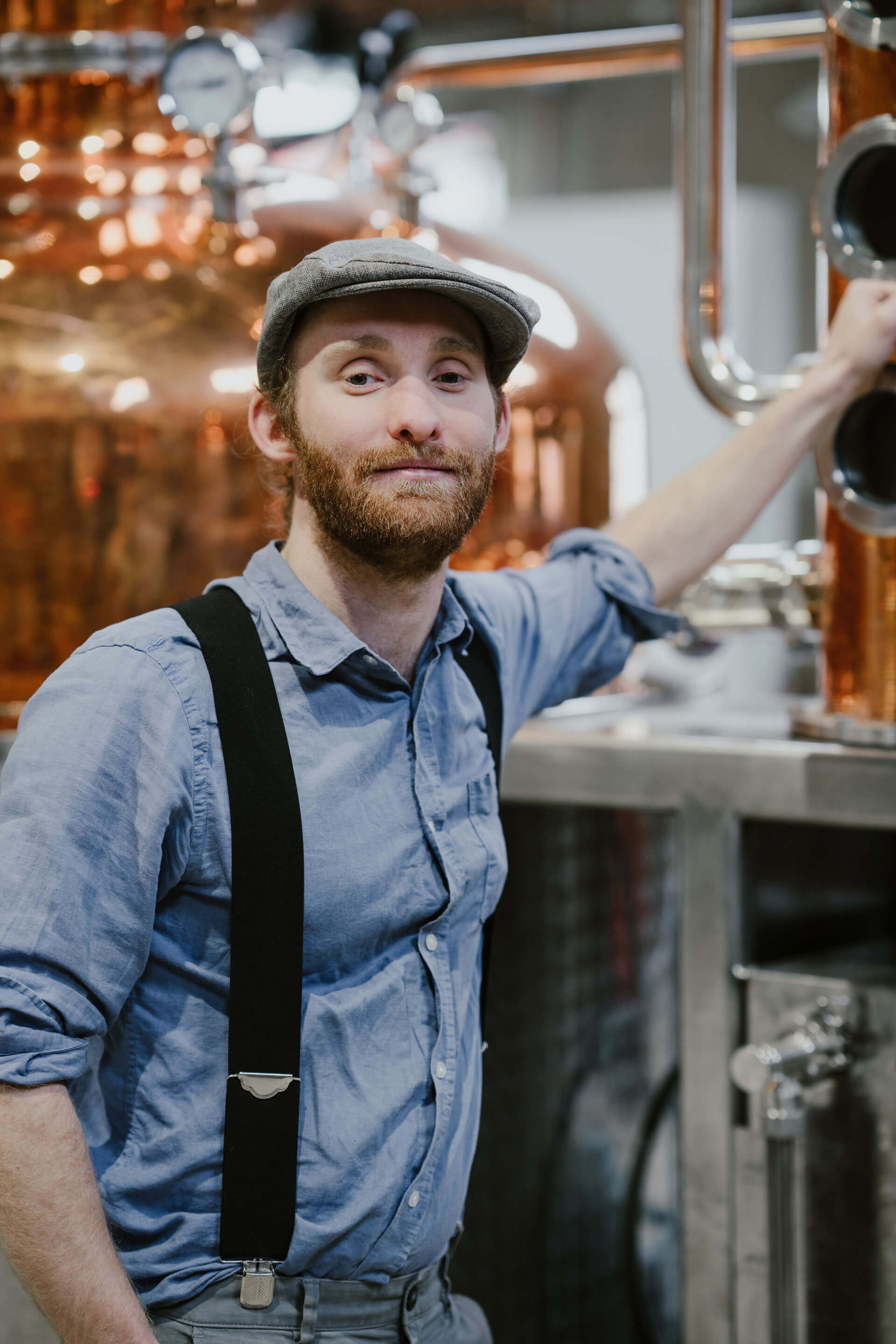 To purchase any promotional items from la Chaufferie, come see us! Come see us in person! We would love to meet you!